Sat, 10/09/2021 - 11:19 — AdrianFreed
I experienced three IRCAMs: the “official” IRCAM officiated by Pierre Boulez, an IRCAM "by night" wrangled by David Wessel, and the IRCAM everybody takes away from Beaubourg into their future lives and work.

This is a tale of David Wessel’s IRCAM that came to mind on his birthday and which I tell as a remembrance on his death day - both in October. 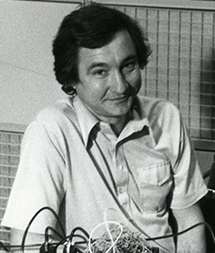 Due to a highly improbable series of events in the 1980’s, I found myself working for Pierre Boulez at IRCAM in my early 20’s. The most improbable part was being hired at all - the result of a brief meeting with David Wessel. David was looking for a UNIX expert to connect a DEC PDP11/34 computer in the acoustics lab to a forthcoming VAX 11/780 to be purchased to replace an ailing PDP10 - the heart of IRCAM’s computing infrastructure. I had a very approximate grasp of the situation having learned UNIX at University in Australia, and having apprenticed with some experienced folk who actually knew how to do this sort of thing. David toured me around the extremely odd place that is IRCAM, introduced me to the machines there and the System’s team that was run by a grumpy dude who took an instant dislike to me. I figured I had blown the interview and resigned myself to continuing my job at a music technology startup company that was pivoting from music to training and sales of UNIX - a new technology in Europe. The teenage dream of combining my interests in music and technology was dashed again.

A few weeks later David called me to offer me a permanent job replacing the grumpy System Administrator who quit because his attempts to spare the beloved PDP10 failed.

One day during my first year at IRCAM, David asked me to come in on the weekend to help him with a recording session involving his buddies Steve Lacy and Oliver Johnson. The session was to take place in IRCAM’s famed Espace de Projection which is 3 floors below ground. 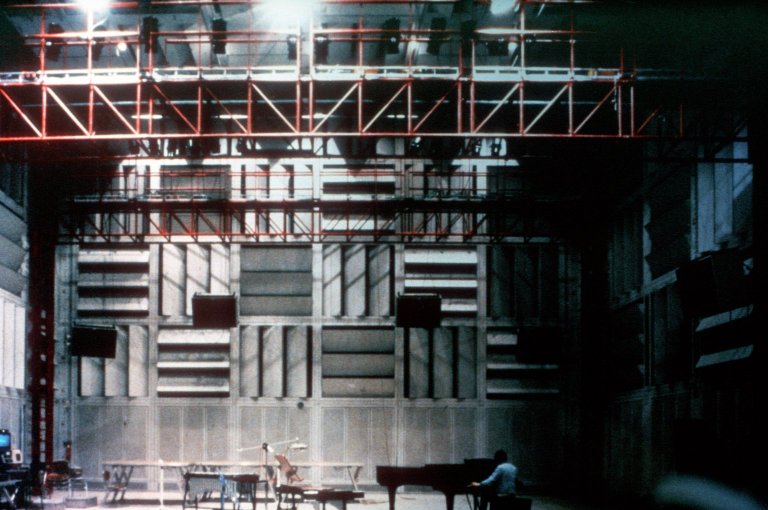 IRCAM was built as the contemporary music complement to the Centre Pompidou contemporary Art center. The only space available was in front of the Eglise Saint Merri with an appreciated and historically important architectural feature that could not be obscured (flying buttresses). 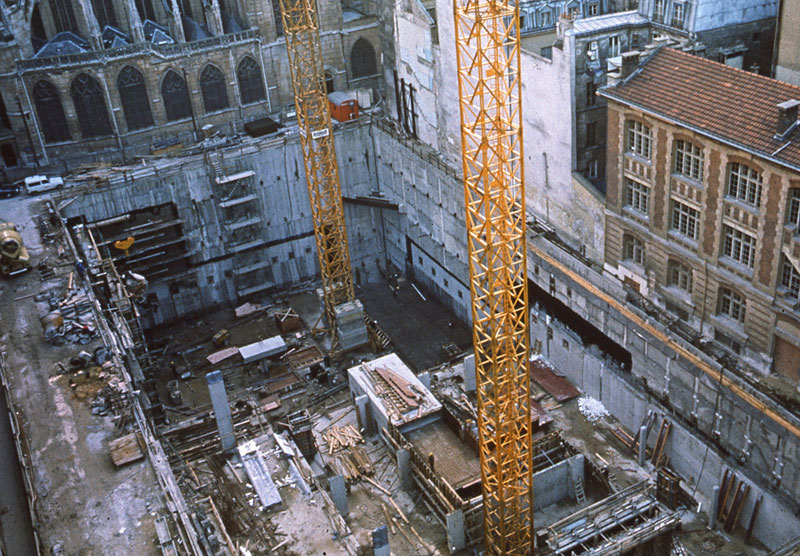 IRCAM being underground was advantageous for acoustic projects as it considerably reduced noise from the streets of Paris entering both its anechoic chamber and the Espace do Projection concert space. 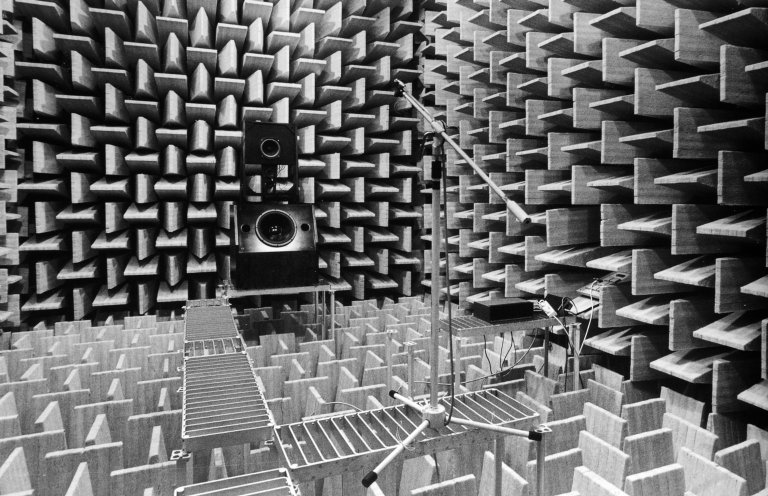 The Espro, as it is called, was special because it had variable, controllable acoustics. The walls and ceiling were built with a huge array of rotatable panels with different acoustic properties on 3 faces. Congruent with the French enthusiasm for trinities, the entire ceiling was divided into 3 areas that could be raised and lowered to change the volume of the space. This was a popular place for performances, rehearsals and acoustics research so booking it was always challenging. Recording at night or weekends was the workaround for unsanctioned projects.

As we started sprinkling microphone stands around, I realized David was going to use as many microphones, cables and channels of the mixer as he possibly could - quite a few just for the large drum kit. Concerned about entanglements and tripping hazards, I tried to take advantage of an unusual aspect of the construction of IRCAM - the extensive use of false floor panels rather than false ceilings. This had turned out to be an incredible time saver when my team replaced the PDP10.

When I pulled up a panel of the false floor in the ESPRO I discovered the floor was sitting on a small lake.

"Where did all this water come from?" I wondered. I should have known the answer right away because I encountered it every day crossing bridges on my way to work: the river Seine. It was not far away, a similar depth and flooded quite often.

Resorting to gaffers tape to manage the cables on top of the floor, it didn’t take long before we ran out of equipment on the bottom floor so we climbed the stairs up to the Audio Team’s offices.

Valuable microphones and equipment were secured in an enormous metal-grilled cage about 20ft high - an important strategy to make sure everything was reliably available for the next concert or project of the Ensemble Intercontemporain. To my initial surprise David didn’t have the key and proceeded to climb up to the top of this tall cage, scramble over the top and down again inside it.

This wouldn’t have surprised old friends of David as they would know that he had a brief enthusiasm for rock climbing in his youth - and an eye out for pranks that would likely not harm anyone.

In a pattern that would repeat, David was publicly admonished for these unofficial side projects but always “forgiven” by Boulez who I suspect secretly admired and encouraged them.

I was fortunate to have been there that weekend because I learned how David achieved such a good recording and it influenced my invention a few years later of the first Digital Audio Workstation.

Instead of using booths, baffles, absorbers and overdubbing individual musicians, we adjusted the panels of the variable acoustic space itself to capture a natural reverberant field. We spread the musicians out in the space rather more distant than they would be in a jazz club - not too far so they would have trouble getting a tight rhythmic feel but far enough to minimize the bleed between sounds from the closest microphones to the more distant ones.

David always chuckled telling how he worked the console to engineer these sessions. He used the console as an array of microphone preamps, disabling EQ, avoiding artificial reverberation, and muting all unused channels. He used no compression other than the “warm” compression inherent in analog multitrack tape. This strategy reduced distortion and noise - a significant challenge with these early transistor mixing desks.

David used his intimate knowledge of the music being made and how the musicians played their instruments to optimize the choice of microphones and place them and achieve great timbral balance and clarity in the recording.

David was proud of having received a “best recording” award for a Steve Lacy album and amused that the administration changed its tune to embrace this success as an IRCAM accomplishment.

Steve Lacy was recorded quite a few times in the 1980's at IRCAM and at least once officially in 1986 when his quartet booked the smaller Studio V.

It was a pleasure to see David and Steve play music together some twenty years later at the Berkeley Edge Festival in 2003:

In 2017 I participated in the e-Textile Summer Camp at the Paillard Centre d’Art Contemporain & Résidence d’Artistes in Poncé sur le Loir, a small village 214 km from Paris. Rachel Freire insisted that I joined this panel discussion chaired by Dr. Becky Stewart:
"The History of Computing and Weaving, the Consumer Society and Data Democratisation"
with Becky Stewart, Audrey Briot, Rachel Freire and Adrian Freed
July 22 17:00- 18:00

I have researched the history of electronics, computing and e-textiles, but I thought I was likely going to be a "hair in the soup"–as the French say–as I don't have a portfolio of e-textile works that comes anywhere near the quality of that of my co-panelists. I reflexively took the role of respondent and prompted my copanelists into elaborating on their work and curiosities. I first noted that their work shows how we can rescue the worn out adjective "digital" by celebrating a continuity between the "digital" and "numerical" aspects of quipu (and it's ancient analogs) and contemporary e-textile projects - which very often involve interactions with our digits in gloves or interacting textile surfaces.

My second response was an improvisation on some philosophical work I had been doing on entrainment and entanglement. I am grateful to Hannah Perner Wilson, a key instigator in the Summer camps, for encouraging me write these ideas down.

This note is a kind of writing where I am often told to "unpack" the ideas or integrate a line of argument. Thankfully Hannah found value in this writing without me addressing those concerns. She saw potential in it as part of a "zine" for woolpunkers, a pataphysical take on e-textiles inventors.

So, instead of unpacking the text, I illustrate it below in the style of a gloss.

I propose the term "Organized Entanglement" to encompass fiber and textile art, design, engineering and science.

Thu, 09/24/2020 - 17:30 — AdrianFreed
This header file provides extensions to the iostream << operator so you can pretty print C++ containers. It has a few interesting examples of template metaprogramming and uses some of the more modern C++ (2017) features. The repo code is evolving: https://github.com/adrianfreed/containerostream

Wed, 09/23/2020 - 14:41 — AdrianFreed
I was recently flattered by a former colleague, Ilya Rostovtsev, about my knowledge of computer programming languages. I was surprised because I have always found I have so much more to learn about programming itself and the languages we use.

The Anti-Ergonomy of Instruments of Interaction

Entrainment Accounts of Intra-action for Intermedia and Metabody Cybernetics.

Unfinished Business: Salience and the Pandemic

The mid-1980s was a good time to be in Paris. A highlight for me was experiencing some of the earliest concerts involving computer-aided musical improvisation: George Lewis brought his Voyager system to IRCAM and was around developing new work for a premiere in 1986. David Wessel worked up his first system for his enduring, “catch and throw” paradigm. I saw the premiere of that too in the Centre Pompidou.

Experienced as a research leader and pioneer in music and audio technology, I focus on inventive applications of computation and electronics. I invented the Digital Audio Workstation (DAW) in 1985, the Audio Plugin in 1986, and Open Sound Control (OSC) in 1997. I have been involved in AI, NLP and ML projects since 1987. I maintain strong relationships with researchers and developers in Industry, Academia and Vernacular communities. Mentoring and motivating teams around productive ideas is my super strength.

I am a Senior Software Developer at Adobe Inc.
I was Research Director of UC Berkeley's Center for New Music and Audio Technologies (CNMAT)